I don’t remember if it was spring or fall, but I remember that I was nine years old. Sara and I got off the bus as usual. She was staying over my house that afternoon, and she had brought a tape she had borrowed from her older brother, which she had seen at least some of already. She wanted me to see it, needed her best friend to have the same experience.

Up until that point, we had a passing understanding of anime. We watched Pokemon, and I had been a fan of Sailor Moon for years already. But as we sat there on the floor in the basement of my grandmother’s house, the coarse brown carpet biting into our hands as we leaned in, we knew that what we were watching was the same and yet…it was different.

We were probably too young to watch Akira. I think we knew that, too, because we kept worrying that every sound we heard was my grandmother about to descend the stairs as something truly horrific happened on screen. I didn’t have a concept of body horror, didn’t understand the affects of drug use, didn’t have any background in Japanese post-war anxieties or political climes. But even though it frightened and confused me, I loved Akira.

Time will elapse, and I will carry with me the knowledge that it’s a movie I love, but forget the particulars. And when I go to watch it again, I will be floored all over again. The swell of the gamelan soundtrack, the warmth of the animation, the gorgeous taillight trail…it makes me emotional for reasons I can’t always comprehend, though I suppose I am, at my core, a very emotional person, given to sentimentality.

And so the Akira film celebrates its very sentimental 30th anniversary. From all corners of the internet, all manner of film and animation fans are calling up their memories, lauding their favorite aspects of a film that could only be made in that time, in that place, and with those very specific people. For me, it’s the same: I can’t imagine having not seen Akira, and I don’t regret having seen it early in my life. Quite the contrary, I feel lucky to be able to experience it over and over again, as I age and mature, and as I come to learn new things about myself and about society.

…and I still have yet to finish the manga, so I guess I have a goal before the year is out! 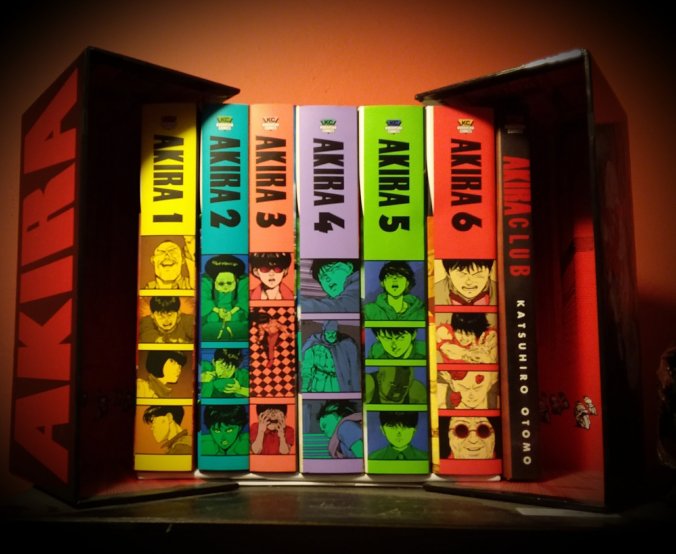 One thought on “Remembering Akira”