Okay, everyone. It’s time for a confession. I am absurdly behind on my reading this month. We moved at the end of May and have been slowly but steadily unpacking and putting the new apartment together. On top of that, I’m getting back into the swing of doing all my freelance work — much of which was put aside between TCAF and the move. So it’s been a bit of a topsy-turvy month, and I’ve resorted to crashing, exhausted, into bed and listening to audio books of YA fiction or episodes of podcasts instead of reading much in the way of comics.
That doesn’t mean I don’t have any comics-related news, however. One of the exciting new ventures that has opened up for me because of TCAF is that I will now be writing regular, biweekly manga reviews for The Comics Beat! I’m really excited to be publishing long-form reviews on a very visible comics website. My first review went up on June 17, and it was for Space Battleship Yamato, which probably would have been rounded up here if I hadn’t already written about 800 words about it there, haha. 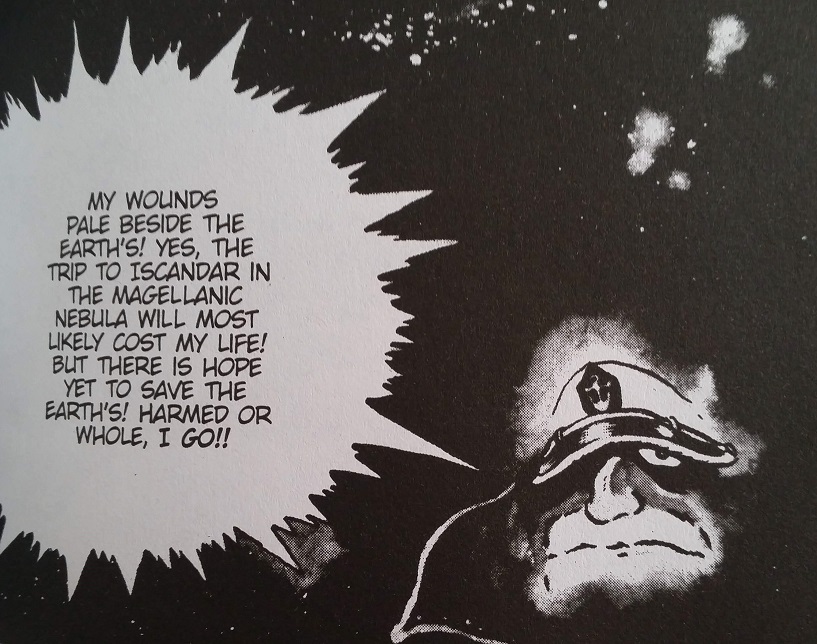 Fear not! Just because I’m reviewing for The Beat does not mean I won’t keep posting my shorter reviews and recommendations here, along with other more editorial pieces. I hope to get back into my normal reading habits soon. (I’m five books behind on my Goodreads reading challenge! I was 10 books ahead not that long ago!) For this month, I have just one comic I’d like to talk about. 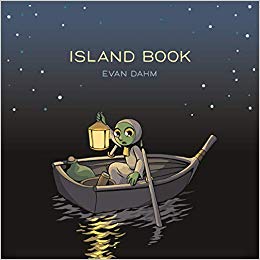 Island Book, by Evan Dahm — published by Iron Circus Comics
My husband has been a fan of Evan Dahm’s work for a long time, having first read Rice Boy as it was being serialized online. Though I’ve always liked Dahm’s artwork, I hadn’t actually picked up any of his comics until now, for no reason other than I hadn’t gotten around to it. Island Book was a delight. I appreciated its calm, gentle story, and its characters who are all distinct in their worldviews but united in their desire to seek out something exciting — in this case, a sea monster who seems to be threatening all of their islands. It is not a straightforward story necessarily, but it conveys the mood of quiet, determined strength. The protagonist Sola has decided that since she is “cursed” (because the monster reached out to her when she was a very young child), she is going to find the source of her curse and figure out what, exactly, the monster is. Along the way, she finds friends who also want to see this monster — one with the intention to slay it, and the other to weave an epic tale of his adventure. They come back changed, though it is subtle in some instances. Throughout it all is the idea of challenging what you are raised to believe. For Sola, she has been taught that her island is alone in the ocean, but as soon as she ventures out she sees a much, much wider world than she ever could have imagined. I happened to read this story before bed, and its an excellent book for that purpose, ushering the reader into sea-soaked dreams of friendship and adventure. I’m looking forward to reading more of Dahm’s work soon. (We do have a copy of Rice Boy knocking around, after all. Now we just need to finish unpacking all the books….)
That’s going to do it for June. I have deadlines galore this week, and then it’s already July! I can’t believe how quickly this month has zipped by. Keep your eyes peeled for my reviews on The Beat, and I’ll be seeing you no later than next month for another round-up — hopefully a more robust one!