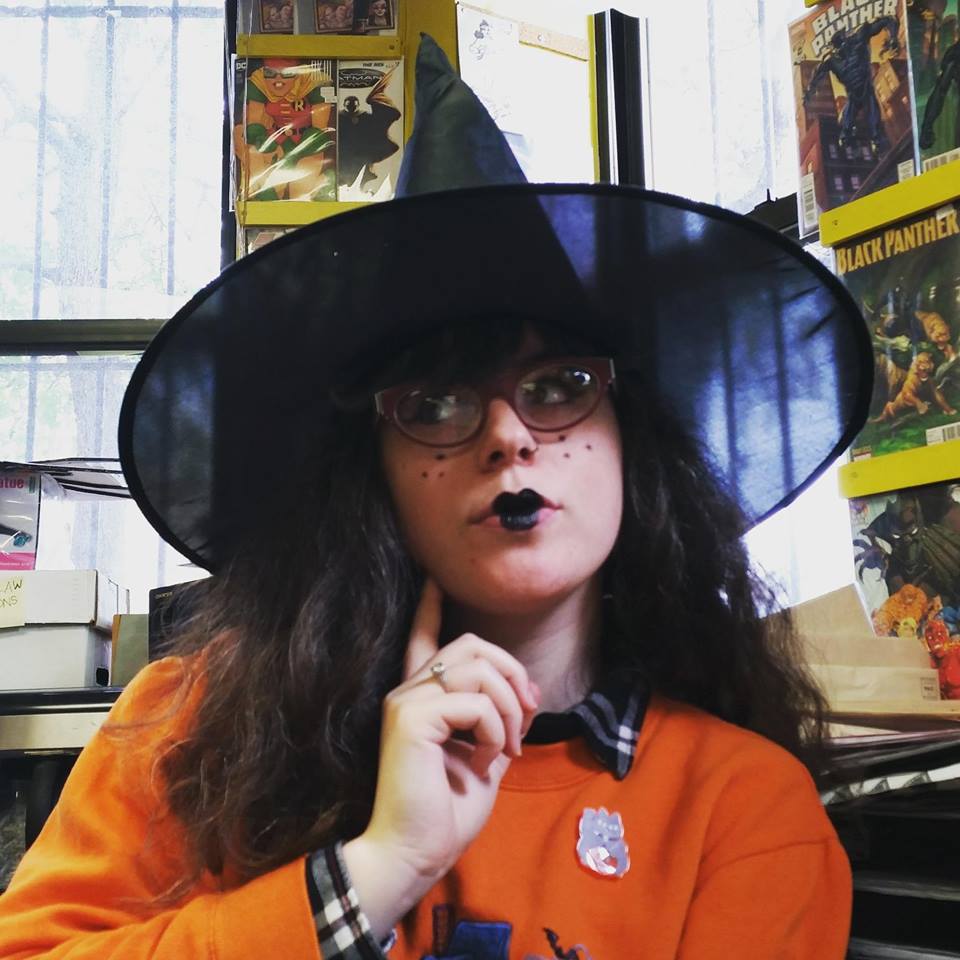 Morgana Santilli is the former manga buyer and general manager for a comic book shop in Boston, Massachusetts. She’s been reading manga for most of her life, and is deeply interested in the manga and comics industries, both in the United States and abroad. She has written for Amazing Stories Magazine, The Mary Sue, and Kronos’ Speakeasy in the past, but has been longing to have a platform that was geared more specifically to manga for some time now.
Morgana lives with her husband, James, and their two tiny black cats, Zelda and Hilda, in the Greater Boston Area. She has a Bachelor of the Arts from Hampshire College in Amherst, MA. Other than reading manga, she enjoys drawing, listening to a lot of post-punk, owning too many tubes of lipstick, and shuffling books from one surface to another in her tiny apartment. She will likely never leave New England because she loves the autumn too much.
If this website isn’t enough Morgana-generated content for you, you can follow her on Twitter (@morganarhalina) or on Instagram (@morgana.rhalina). She posts a lot of selfies and out-of-context manga panels.
Sign up for her monthly manga recommendation mailing list here!