Time moves differently when you have a baby. Though being stuck at home without seeing family and friends makes things feel sluggish, I also can’t believe that my daughter is approaching three months old in a mere few days. Maybe it’s the fact that I turned 30 at the beginning of the month, but I’m starting to feel like an old person who can’t stop saying “Where has the time gone?” Not that 30 is remotely old; in fact, I’ve been excited to reach this milestone for quite some time…though doing so while isolated has been an odd experience.
Still, some exciting things have happened this month. I’m back to recording with Manga Machinations! It’s so nice to be back talking about manga with the guys, getting a little time away from mom duties. I’m super excited that we’re doing a Yu Yu Hakusho retrospective series right now! I haven’t had an opportunity to write all my feelings about Yu Yu Hakusho (because they are vast and hard to articulate), but it’s one of my favorite series. To pique your interest, there’s an awesome promo video, as well as my reread thread on Twitter. And of course, there’s the first episode! Check it out!
Happily, I’ve been able to do quite a bit of reading this month. I’m starting to get into a good routine where that’s concerned, trying to read when Severina nurses (if she’s cooperative, which is less often lately), and then getting more reading done at night after she’s down for bed. Writing gets done during nap times — like right now, she’s sleeping on me in a sling. By the time I finish this blog post, I probably will have come back to it several times. There’s a learning curve to balancing working and parenting (and luckily I have my husband home right now to keep helping), but we’re getting the hang of it. In many ways, being at stuck at home right now is working to my benefit, even if it doesn’t always feel like it. At least there’s plenty to read!

Happy Mania, Volume 1 — by Moyoco Anno, published by Tokyopop (out of print)
I’ve been feeling really nostalgic about manga lately. I’m wondering if this is a byproduct of no longer working in comics, and therefore not being up on everything that’s new right now at all times like I used to be. Regardless, this led me to find some used copies of old Tokyopop volume ones that I never got to read back when they were in print. As someone who came late to Moyoco Anno, it was important to me to check out Happy Mania. And as I expected, it was a riot. Protagonist Shigeta works at a bookstore and is desperate for a boyfriend. She continually keeps going out with guys who take her for granted, meanwhile her coworker Takahashi is clearly in love with her — and is a decent, dependable guy to boot. Shigeta is very much her own worst enemy when it comes to romance, and I continue to admire Anno’s willingness to depict women with glaring flaws. Her protagonists toe that line between insufferable and lovable, and as always, her frenetic artwork is a refreshing break from overly-trendy styles. It looks like there’s a sequel to this series in Japan. With the original out of print here, I doubt this new series will see the light of translation, but I can hope!

Spy X Family, Volume 1 — by Tatsuya Endo, published by VIZ Media (available digitally through Shonen Jump, print version out June 2nd)
People have been talking up Spy X Family for a while, and I finally got on the train because it’s coming out in print, and I have an opportunity to review it for Comics Beat (which I plan on doing). This is another one of those circumstances where I kick myself for not reading it sooner; it’s way more up my alley than I had anticipated! A spy known as “Twilight” is put on a mission to infiltrate the prestigious school, necessitating the acquisition of a fake family. The catch is that his “family” cannot know about his mission, otherwise it will be jeopardized. He adopts a little girl named Anya, not realizing that she is the result of government experimentation that left her with psychic abilities. Through happenstance, he marries an assassin named Yor, who is also trying to keep her job a secret from him. Little Anya is the only one who knows the whole story, and she isn’t telling anyone! I’m sure I’ve mentioned before that I’m a sucker for found family stuff, and I especially love Twilight’s reasoning to become a spy in the first place. The first volume is equal parts hilarious and heartwarming, and I am definitely planning to continue reading.

Wave, Listen to Me!, Volume 1 — by Hiroaki Samura, published by Kodansha Comics (digital available now, print version out May 26th)
Time to confess that I’ve never read Blade of the Immortal (and I suspect it’s not really my kind of manga). This is actually the first Hiroaki Samura manga I’ve read all the way through, and I was surprised by how much I liked it. Minare Koda is a loud-mouthed waitress who spills her drunken heartbreak to a local radio show host at a bar one night. He records her ramblings and airs them on live radio, pulling her into the world of broadcasting with his desire to harness her untrained but ceaseless voice and see what comes of it. Minare reminds me a bit of Shigeta from Happy Mania, actually, in that she’s a fast-talking lady preoccupied with her love life who goes off on wild fantasy tangents a lot. Samura is an excellent artist, so I’m really glad to be able to read something of his that doesn’t seem to rely on the, uh…torture of women. Though Minare might feel tortured to some extent in this series! There’s a current anime adaptation of this series airing right now, as well, which makes the print version’s timing excellent. 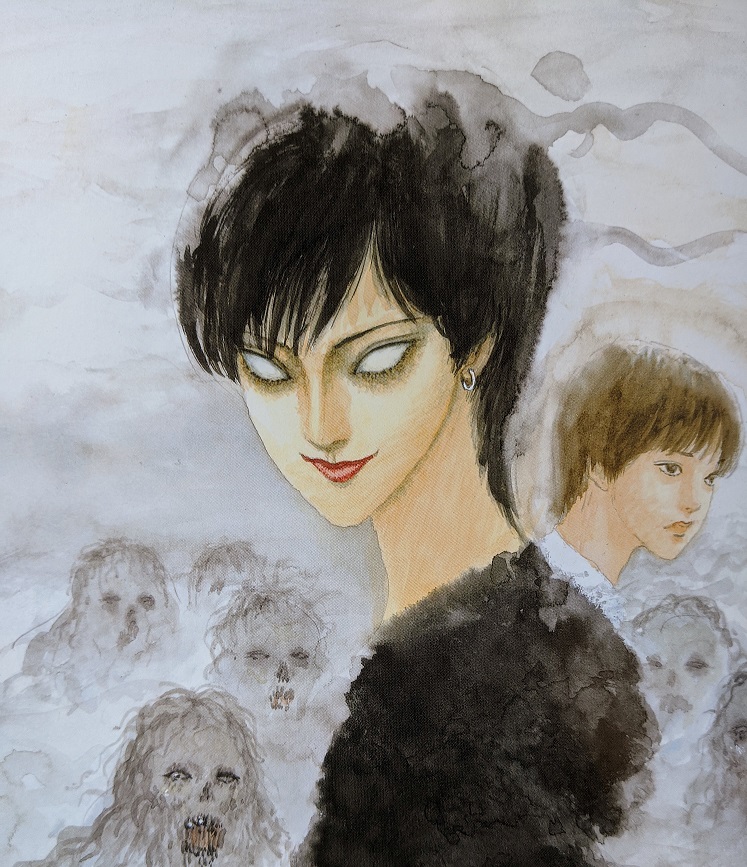 The Art of Junji Ito: Twisted Visions — by Junji Ito, published by VIZ Media
When VIZ announced that they were going to be publishing this for North America, I was really glad I hadn’t dropped $90CAD on the original Japanese printing at TCAF last year — though it was extremely tempting. To say that it’s a gorgeous collection of paintings and illustrations is an understatement. The silver and black of the jacket is echoed on the interior pages that were originally black and white, giving the feeling that they are truly special. Most fans are used to seeing Ito’s pen and ink illustrations, and while there are plenty of those, it is exciting to see his painting work, and to learn in the interview at the back that his original intention was to be a painter and not a mangaka at all. As always, his quirky and self-deprecating sense of humor shines through in translation. This is a must-have for an Ito completionist (like myself), and a great addition to any art book library, as well. 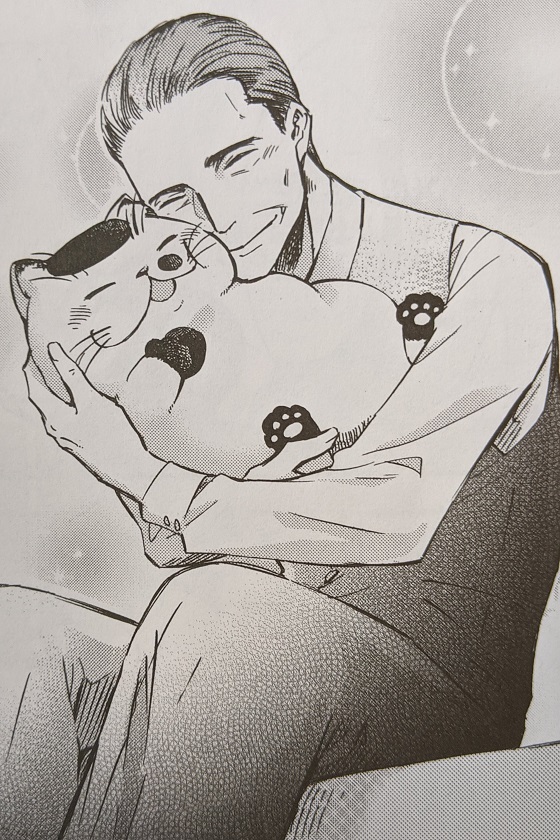 A Man and His Cat, Volume 1 — by Umi Sakurai, published by Square Enix
Square Enix is having a moment right now with the release of the new Final Fantasy VII remake. But a couple months back, they released their first manga as a North American publisher (having already been a publisher in Japan for many years). One of those new manga is A Man and His Cat, AKA the exact kind of thing I love to read. In it, a chubby, so-ugly-he’s-cute cat who has been ignored by shoppers at a pet store for over a year is worried that he will never find his forever home. One day, however, an older gentleman adopts him, naming him Fukumaru. The man had been living all alone after the death of his wife, and the two had always talked about getting a pet. The first volume is packed with situations instantly recognizable to those who share their home with a cat. In many ways, it reminded me of What Michael?, except there is a loose ongoing plot and far less absurdist humor. It’s sweet, it made me chuckle, and I’m looking forward to more!
If we stay in a state of relative physical isolation for much longer, all of my monthly favorites are going to be this long! Hopefully there’s something here to help you pass the time, as well. Stay safe!