I’m not the biggest fan of summer. It’s been in the 90s here for weeks, and Sev and I have mostly holed up in either her bedroom or mine, the only places in the apartment with window unit air conditioners. I’m looking forward to the end of July, and the end of August, if I’m being completely honest. The heat makes me lethargic and grumpy, feelings that are compounded by this whole coronavirus ordeal.
Still, this pandemic has afforded me even more time to read, something I thought would vanish as soon as I had a baby. I hope that you all have had similar experiences with being able to reinvest in the things that make you happy, even if circumstances are rough right now.
This month I made a comic haul purchase through Comicopia, and I’ve also been borrowing comics through the library — both through Libby and through Hoopla. This is my regular reminder to you all to support your local comic shop, support your library, and if you simply must order online, try to do it through Bookshop, which will in turn support independent book stores. I don’t mean to sound like a broken record here, but I am really concerned for the state of small businesses and libraries in the wake of this virus.
But enough of the doom and gloom! Let me tell you about some comics that made me happy this month.

Pretty Deadly, Volume 3 — by Kelly Sue DeConnick (story), Emma Rios (line art), Jordie Bellaire (colors), and Clayton Cowles (lettering), published by Image Comics
I know I don’t usually profile comics in a series after the first one, but Pretty Deadly comes out so infrequently that I don’t think I’ve ever had the chance to write about it on this blog before. My pitch when I used to hand sell it at Comicopia was “it’s a Southern Gothic comic about Death’s daughter,” and that usually caught a customer’s attention. The second book focuses on wartime, and this third one is a 1930s Hollywood noir. Discussion questions at the back of the book mention how the creative team is intentionally invoking the era of pulp comics: westerns, war comics, and noir. The comics history nerd in me thrilled at that. In this volume, subtitled The Rat, Deathface Ginny, the Reaper of Vengeance, is helping Frank Fields, linked to the reapers through his family, find out how his niece died. The pair hop from one Hollywood haunt to the next, interviewing other reapers until they get some answers. It’s gruesome, it’s gorgeous, it’s probably my favorite currently running non-manga comic. I can’t recommend it enough, even though I know it will be a while before we see another installation. 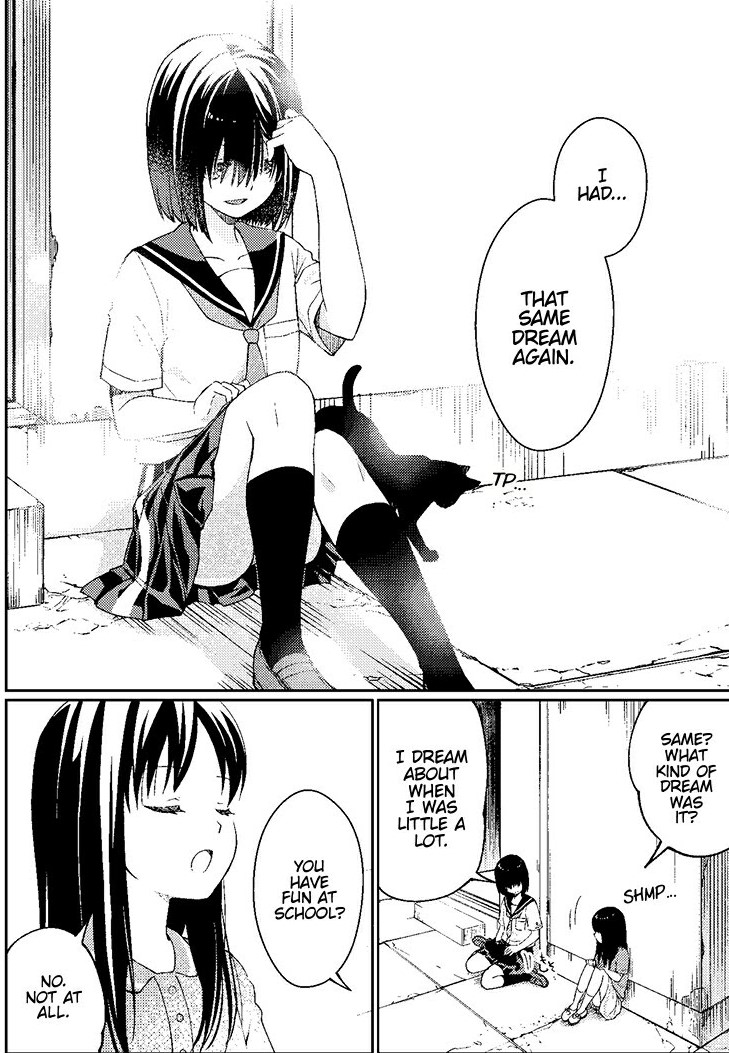 I Had That Same Dream Again — by Yoru Sumino (original novel) and Idumi Kirihara (art and adaptation), published by Seven Seas Entertainment
Once again, I’m glad that I read something I wouldn’t normally have tried, because I find myself surprised by how much I enjoyed this all-in-one manga. I Had That Same Dream Again was originally a light novel, from the writer behind I Want to Eat Your Pancreas. I have not read Pancreas, but going into this adaptation, I knew that it was an emotional novel, manga, and film. I Had That Same Dream Again also has an emotional tug, though it is an ultimately happy story. The action follows grade school student Nanako, who doesn’t really have many friends in school. She does have friends outside of school, however: the kindly Obaachan, the sweet and sassy Skank-san, Minami-san, the aspiring high school author, and a little black cat. Nanako brings her daily troubles to her friends, who encourage her to do the right thing at every turn. Nanako finds that these friends will disappear soon after she has a particularly helpful conversation with them, and this mystifies her. I don’t want to spoil it, though the twist becomes obvious about halfway through the book. It’s a really gentle, thoughtful, somewhat bittersweet manga. 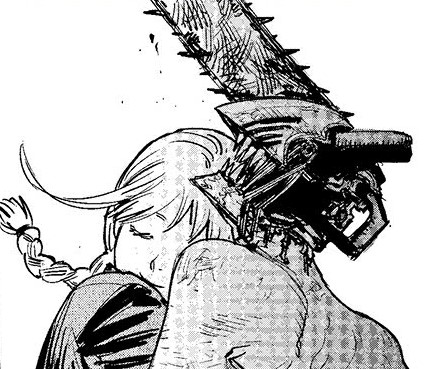 Chainsaw Man, Volume 1 — by Tatsuki Fujimoto, published by VIZ Media (available to read through Shonen Jump subscription, in print October 6, 2020)
I read the first couple chapters of Chainsaw Man when they initially came out on Shonen Jump. I had had a subscription to read Kazuki Takahashi’s new manga (yeah, I’m that nerd), and since I had finished doing that and still had a subscription, I thought I’d give the newest series a go. I really liked it even then! But I’m notoriously bad at keeping up with things as they come out (I can’t tell you the last time I even knew what anime were airing at any given time), so I let it drop. I’m glad VIZ is doing a print version of this strange, hyperactive, gruesomely fun series! Protagonist Denji is a simple man who just wants something to eat and some boobs to grab (remarkably not as sketchy as it sounds, somehow). He’s been “hired” by a demon hunting agency because his own pet demon, a doglike creature with a chainsaw nose, saved Denji’s life by merging with him and becoming his heart, thus allowing him to transform into a demon himself. The premise is wild, the artwork is frenetic, and the entire thing is a great deal of bizarre fun. 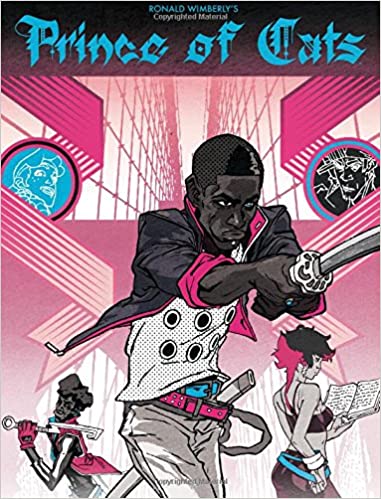 Prince of Cats — by Ronald Wimberly, published by Image Comics
This is one of those comics that I’ve been meaning to read for ages and have only finally gotten around to. I plan on writing about it more extensively in the next Black Creator Spotlight, but suffice to say I’m completely on board with Ronald Wimberly’s reinterpretation of Romeo & Juliet, a play which I’m honestly a little tired of otherwise. Focusing on Tybalt, mixing Shakespearean dialogue with AAVE, and rolling in some Japanese influence makes this a truly unique, rich comic that makes me feel more invested in the characters than reading the original play ever could. (I swear I’m not a Shakespeare hater, but Hamlet is more my speed.) And I can’t get enough of Wimberly’s artwork, which I was able to see very clearly up in the digital version of this comic, as it took me through each individual panel up close. I bought a physical copy of Wimberly’s Black History In Its Own Words, and will be snagging a physical copy of this soon, as well.
That’s gonna do it for July. My to-read list is huge right now, so look forward to a similarly robust entry next month. And if you’re looking for a deeper exploration of a series, you should check out the retrospective of Daruma Matsuura’s Kasane that we’re doing on Manga Machinations!