Last week, I went to go pick up some manga that a friend was getting rid of — several bags of yaoi, all out of print at this point. There were a lot of treasures in and among them that I hadn’t read yet, plus she tossed in a few extra manga that she had found laying around (including a hardcover copy of Shirahime-Syo, by CLAMP). 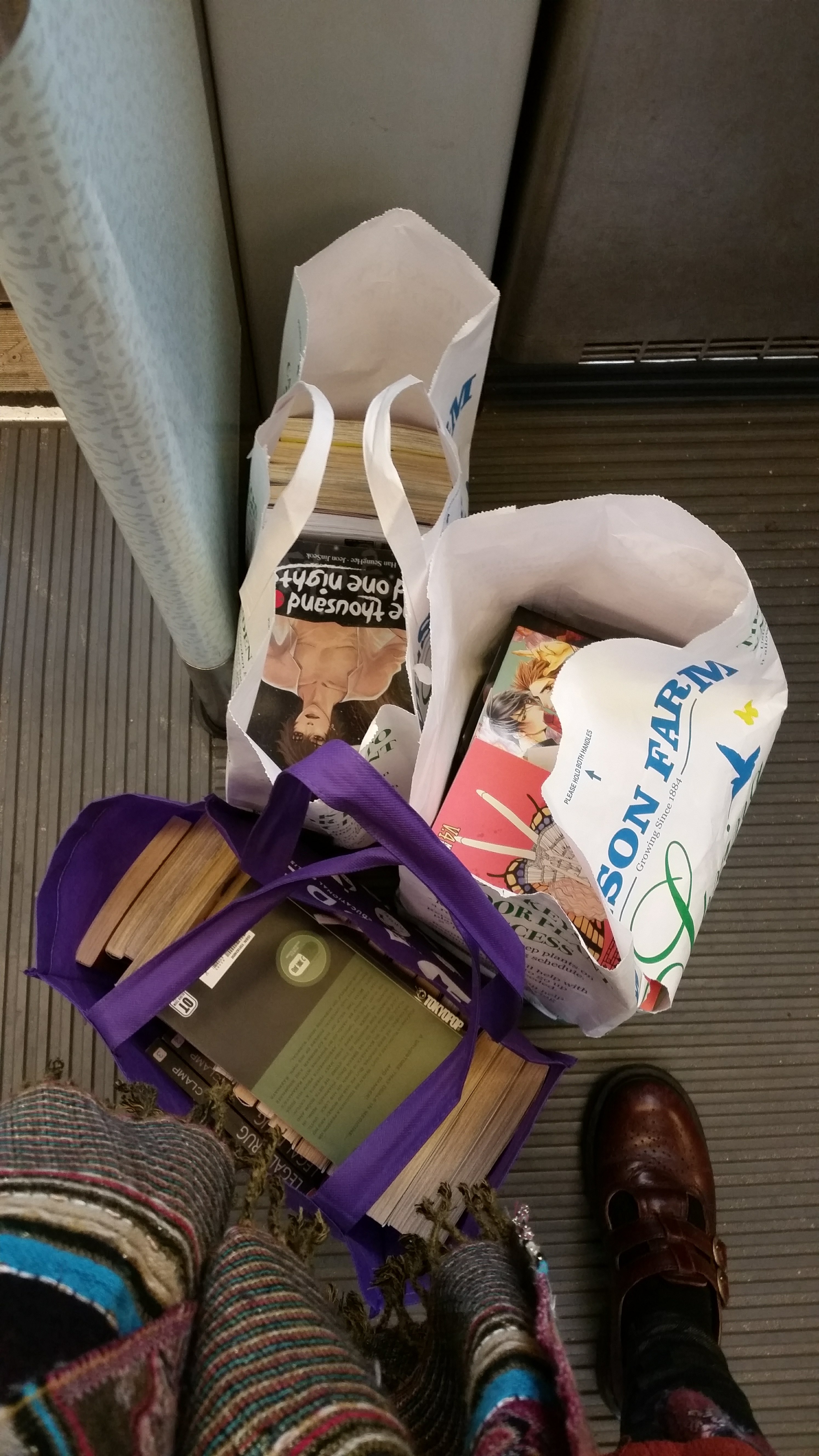 I’ve only had a chance to read two of the manga so far, Same-Cell Organism, by Sumomo Yumeka, and Say Please, by Kano Miyamoto. I enjoyed the former quite a bit; it was a collection of sweet, fluffy BL stories that I would feel comfortable recommending to just about anyone. The latter…well, I’m super exhausted by the domestic abuse tropes in yaoi, and if Say Please had left those out, it might have been perfectly fine. As it was, it was hard to believe in the “five years later” happy romance when I couldn’t stop thinking about the assault that occurred earlier in the story.
I’ve been trying to keep up with yaoi as it’s coming out these days, and I have to say…there are still a lot of problems, still a lot of harmful tropes. But on the whole, it seems as though there’s a bit more vetting going on of material that could be considered offensive or harmful. It’s been nice to see titles like Yuki Fumino’s I Hear the Sunspot get their English debut; stories that aren’t centered around sex, but around creating bonds and falling in love are more gratifying for me than straight-up porn. Even some of the saucier titles have been a real treat, though! I really enjoyed Scarlet Beriko’s Jackass, which could have so easily fallen prey to any number of horrible tropes. I’ll admit, as I was reading it, I was trying to predict how long it would take before I became thoroughly disappointed in my choice of reading material. Glad to say that disappointment never came!
I know that rummaging through the backlog of out of print DMP yaoi is going to be…challenging. I suspect there was a sort of “we’ll take what we can get” mentality about licensing at the time, and fans were so hungry for whatever they could get their hands on that they were willing to overlook some of the more egregious faults of the BL genre. But North American fujoshi are pickier now, I think. I know I certainly am! But I also think there’s a certain value in me going back and reading through this material I wasn’t able to get my hands on at the time of its publication (either because the places I shopped didn’t carry it, or because I was too young at the time to legally buy it). 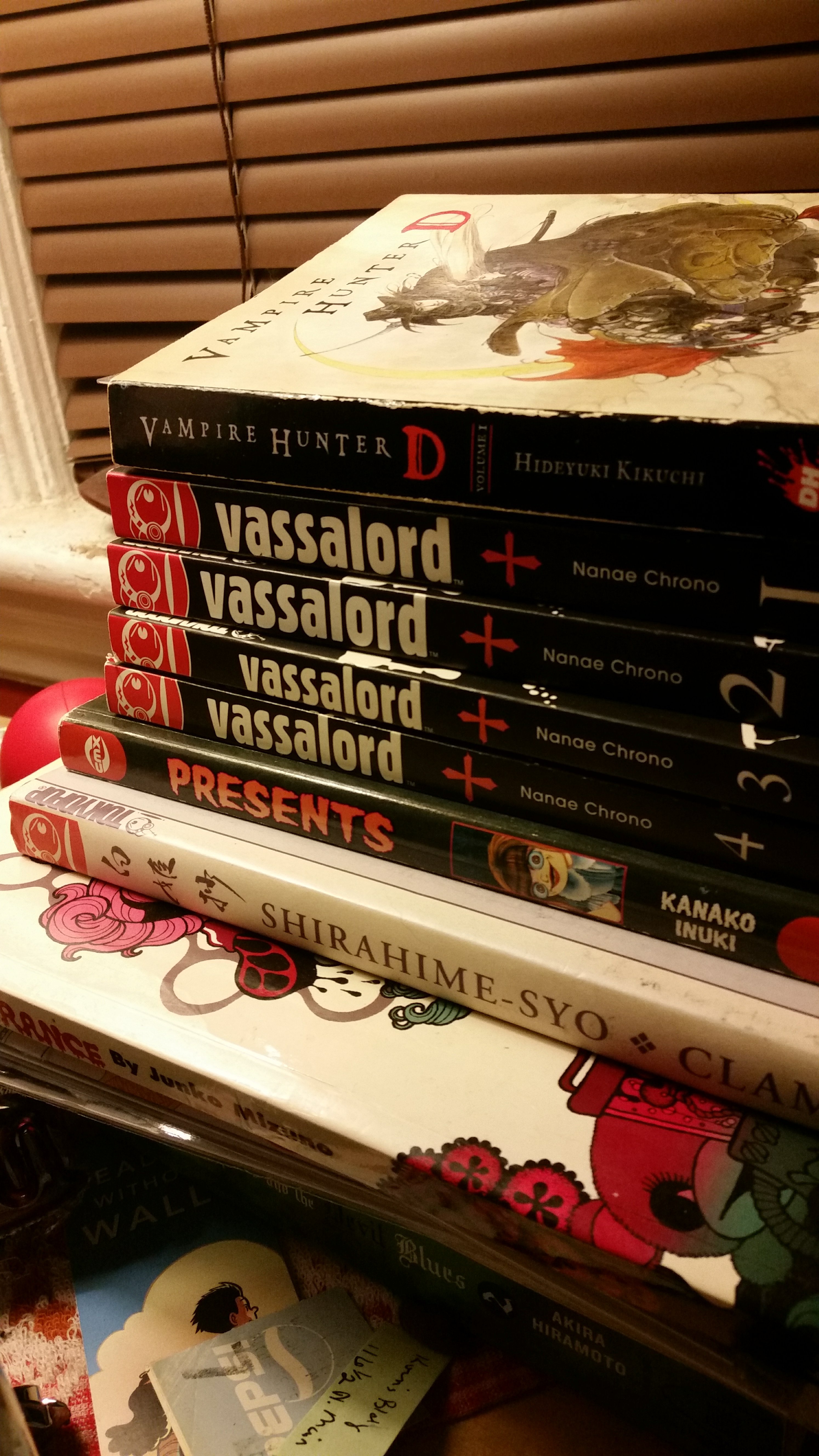 Even though manga and anime are more popular and accessible now than ever before, there will always be certain series or whole genres that remain under the radar of public consciousness. I think BL is one of those genres; it’s so niche, and can be difficult to navigate. Something like yuri, I think, will continue to grow in popularity because not only will lesbian readers snap it up, but ostensibly straight men will, too, and they will pass it along to their friends and talk it up on social media. (As an aside, I remain pleasantly surprised every time I sell My Lesbian Experience With Loneliness to a man. I always wonder if they know what it is ahead of time, or if they think they’re getting a fun sexybook.) BL will never get that treatment because its main reader base is women, and in my experience women’s opinions on what is sexy are treated as less important. I don’t mean to imply that gay men should feel the need to read BL; Lord knows it’s not generally a great example of actual, genuine homosexual relationships. But BL gets put through the ringer a lot in ways that other media doesn’t, and I can’t help but think that it’s mostly because it’s something that chiefly women read and talk about and bond over.
It is my hope that in the coming years, we’ll see a lot more BL translated into English that appeals to a variety of readers. I get men in the store frequently who want BL but don’t like the painful stereotypes, or who aren’t really interested in porn as much as in gay romance. I’d like to be able to give them more recommendations than just I Hear the Sunspot and His Favorite. And I’d like to see the Western comics world tackle gay male stories, too! There have been a couple good ones lately — Taproot and Generations, both published by Lion Forge, come to mind. Let’s keep the trend rolling!
In the meantime, I’m going to try to wade through all these old books that I had to carry back to the store via the train. Anyone have any remedies for an achy shoulder..? 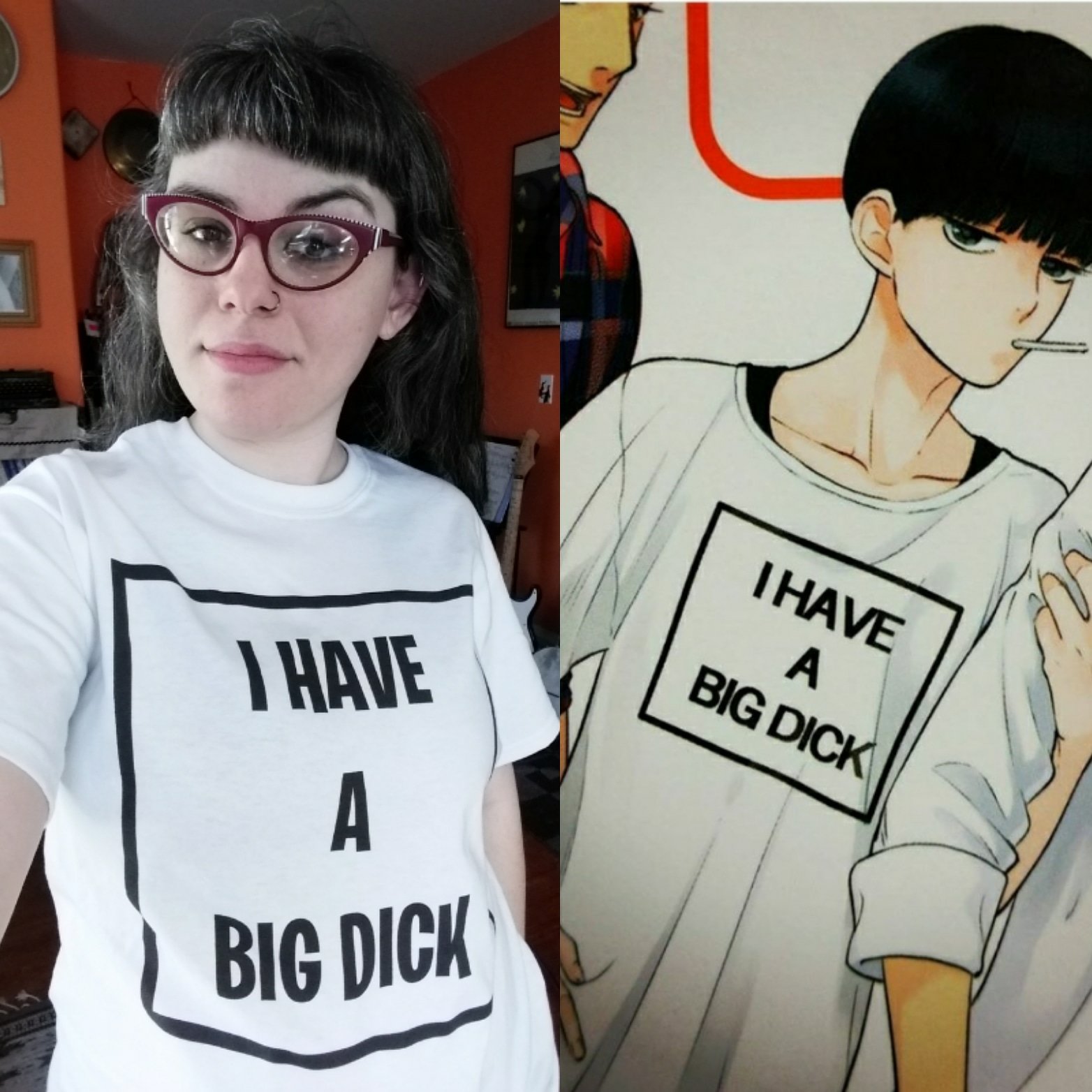 The resemblance is uncanny!

A collection of sketches from Kaoru Mori, the creator of hit historical manga Emma and A Bride’s Story! Packed with illustrations done for practice & relaxation, this compilation features commentary on every page and the roots of all her work.

Naerim accidentally breaks the seal of a vampire who starts following her around like a little puppy! It may not be your typical vampire story, but for Naerim, a victim of school bullying, Vlad’s manic energy might be just what she needs!

Do you love your mom and her two-hit multi target attacks?
Can your little sister really be this cute?
Do you think there is ever a girl online?
Is it wrong to try to pick up girls in a dungeon?

🎃🆕🎃🆕
Week 4 of Halloween Extravaganza and we watch an anime!

🐇Come listen to us talk of the spooky pet shop that serves just desserts.