One of the bloggers I follow, known as The Manga Hoarder, did a cute little list of 25 otaku facts about herself, which you can find here. Since she invited others to take a crack at it, I thought I’d give it a go. This blog is still fairly new, so I hope this helps to give readers some insight as to who is behind the keyboard.
Without further ado, the list:
1. I’m sure I’m not alone in this, but both my first anime series and my first manga were Sailor Moon.
2. I’m pretty flexible about what genres I read, but my favorites are shonen action from the 90s, horror, BL that isn’t burdened by harmful tropes, and women writing about women’s problems.
3. I…really don’t care at all about Evangelion. I’m sorry. I can recognize its importance, but it does pretty much nothing for me.
4. Yu Yu Hakusho is my favorite series — both anime and manga. You might have been able to tell from my blog’s banner image!
5. It’s only in recent years that I’ve been interested in reading vintage manga, stuff like Hino Horror, etc. I think I was biased as a younger reading toward manga with pretty boys and protagonists that were my age. Now…I want all the weird old stuff. 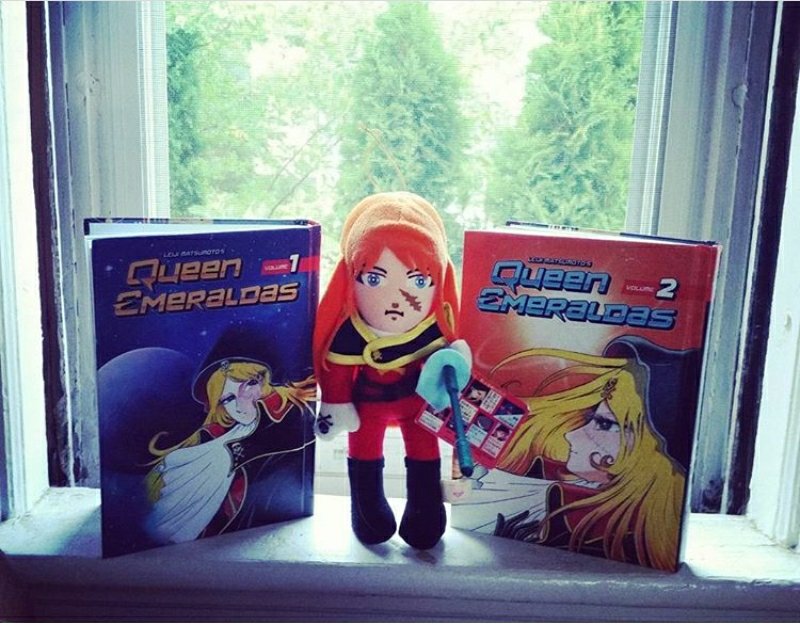 6. I first watched Akira at the tender age of 9, when my best friend brought over her older brother’s VHS copy. We watched it in my basement and prayed that my grandmother wouldn’t interrupt us and demand to know what we were doing!
7. I attended my first convention — the very first Connecticon! — for a friend’s birthday in middle school. Unbeknownst to me, my current boss was also there, selling things! And now I go every year to my home con to sell manga to the next group of nerdlings — I’ve come full circle!
8. I have had several false starts at learning Japanese, but it remains a goal of mine. I’m not sure I’ll ever be completely fluent, but it would be nice to be able to hold a conversation and read some simple things. 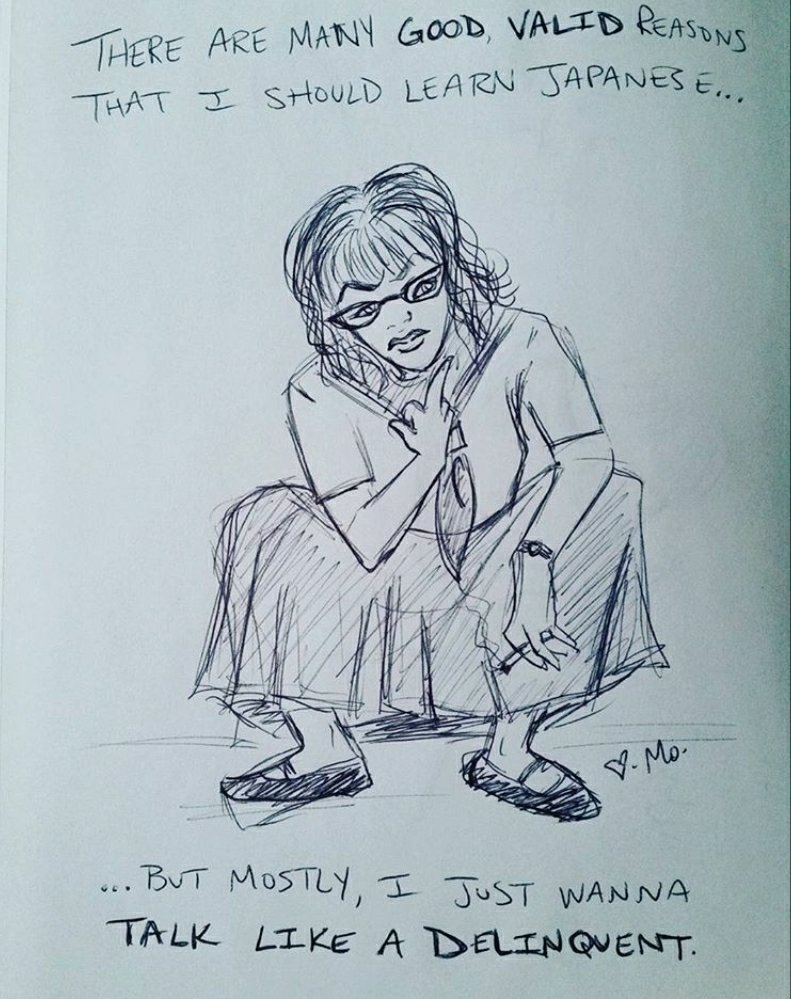 9. The yaoi/BL/slash community and the media surrounding/that’s part of it can definitely be…tumultuous? But I’m glad it was available to me at a critical point in my life, because I think it allowed me to think flexibly about sexuality — both my own and other people’s. That’s why, while I’d still like to see better, less harmful BL books coming out, I can’t every really dunk on the genre completely.
10. I like manga better than anime, and consume it far more readily and rapidly.
11. In the last few years I’ve been in the privileged position of being able to increase my manga collection. I know it’s a drop in the bucket compared to some, but I’m hovering somewhere around 500 manga in my collection so far!
12. I desperately want the From Eroica With Love license to get rescused, and for the series to be completed in English!
13. I successfully turned someon into a manga reader by recommending A Silent Voice. She went from knowing nothing about the medium to starting her own collection and attending cons within a few months. When she told me, I was inordinately proud of myself. 😛
14. I didn’t really read any manga during college (which I hear is a common occurrence). When I got back into it, I suddenly felt like I had been missing a part of myself all along. (I felt similarly when I got back to novels after a long time away — I am one of Nature’s bookworms.)
15. I am constantly perplexed by otaku who are really into anime but have no interest in other aspects of Japanese culture. Media isn’t created in a vaccuum, so I always felt the need to delve a little deeper into the backgrounds of the stuff I was consuming.
16. I can’t hear cicadas buzzing without thinking of anime.
17. I really like reading about the manga industry, both in Japan and elsewhere. I have a huge stack of non-fiction books on the subject that I need to read!
18. I have a huge weakenss for artbooks and own a good handful, both Japanese ones and English-language ones. I have exactly zero resistance to any Yoshitaka Amano book.
19. I am also, conceptually at least, fond of boxsets, though I have fewer of those. I did splurge on the Akira manga boxset and have no regrets about that — it’s beautiful.
20. I don’t have very many anime figures, and I know what a deep hole that cam become…but I really want some more. 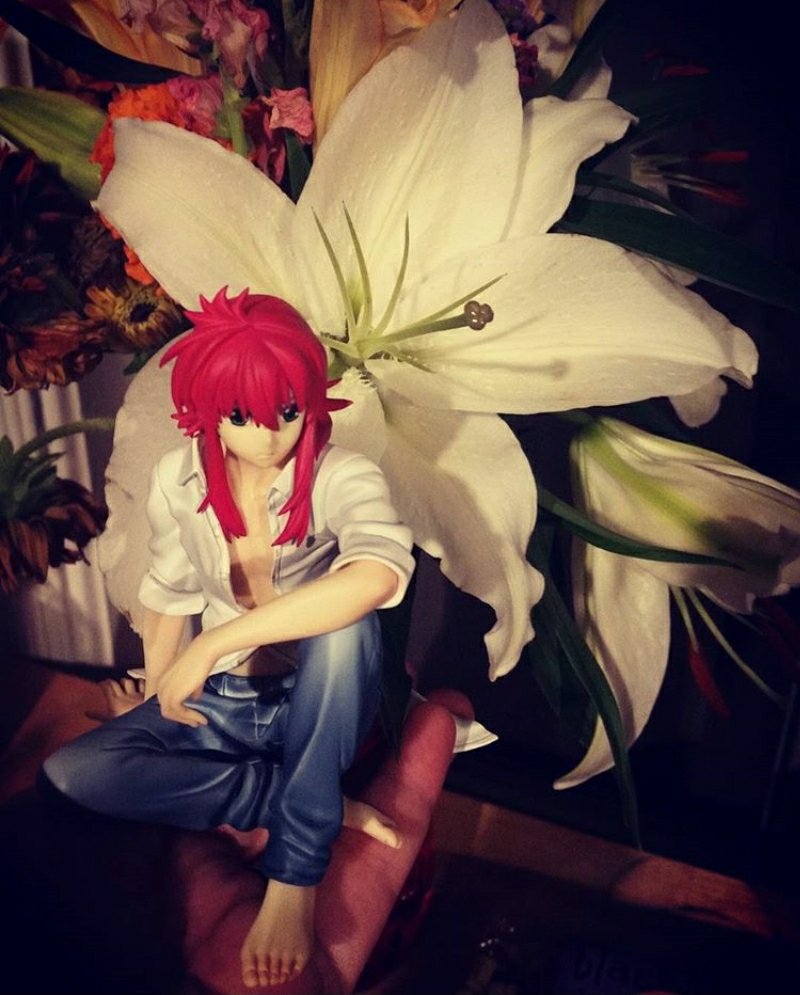 21. I love Vampire Hunter D, but I haven’t read any of the novels yet! I have the first one, I’ve just gotta start.
22. For Christmas a few years ago, my husband got me the Kitaro one-cup sake set. I love the concept of making collector’s items out of otherwise mundane products. Since I’ve drunk the sake (I honestly have no taste for sake), I’ve been thinking of sealing the labels so I can use the cups as little vases or juice glasses.

23. I really love Yu-Gi-Oh!, but I’m a pretty mediocre duelist. I enjoy playing, but I’m much more invested in the story, especially the ancient Egyptian plotline. I wanted to be an archaeologist for a very long time growing up, so this series was like catnip for me.
24. I don’t own a lot of physical anime. I think this is partially because when I was growing up, it was pretty expensive to collect. It’s also very easy to stream things now, so the urgency to own isn’t as great. Plus, I live in a tiny one-bedroom apartment and the books are taking over all the space already! A good handful of the things I do own are on VHS, and I’ll likely never be able to update them as their license has lapsed or the company has since gone out of business.
25. I’m not always super receptive to people giving me recommendations (on anything, not just animanga) if they don’t consider who I am and what I like. But my job is essentially to give folks manga recommendations, and I enjoy doing it! Learning what other series people like and trying to connect the dots to their next favorite series is like a fun puzzle for me…so basically, don’t be afraid to ask me for recs!
And that about wraps it up! It took me a couple days to come up with all these facts. Despite the fact that I’m a pretty open person, it can sometimes be hard for me to write about myself in this way. This was an interesting challenge!
I encourage you all, once again, to go check out The Manga Hoarder; she’s often got really great reviews up, and she’s currently running a readathon and some giveaways!

7 thoughts on “25 Otaku Facts About Me — From The Manga Hoarder!”

A collection of sketches from Kaoru Mori, the creator of hit historical manga Emma and A Bride’s Story! Packed with illustrations done for practice & relaxation, this compilation features commentary on every page and the roots of all her work.

Naerim accidentally breaks the seal of a vampire who starts following her around like a little puppy! It may not be your typical vampire story, but for Naerim, a victim of school bullying, Vlad’s manic energy might be just what she needs!

Do you love your mom and her two-hit multi target attacks?
Can your little sister really be this cute?
Do you think there is ever a girl online?
Is it wrong to try to pick up girls in a dungeon?

🎃🆕🎃🆕
Week 4 of Halloween Extravaganza and we watch an anime!

🐇Come listen to us talk of the spooky pet shop that serves just desserts.