Among the extensive list of things I shamelessly love are: the occult detective genre, beautiful men, the monster-of-the-week format, and morality plays. Matsuri Akino’s Pet Shop of Horrors very neatly contains all of these things, and indeed might be the reason I’m so fond of some of them.
For those unfamiliar with this late-90s shojo series, the premise is that in LA’s Chinatown there is a mysterious pet shop whose proprietor, Count D, sells exotic “animals” to anyone who can pay the price. Each animal comes with a specific set of rules, and when those rules aren’t followed to the letter, tragedy inevitably occurs. LAPD officer Leon Orcot is assigned to investigate D and the weird phenomena linked to his shop, but in the process he is drawn into a series of Twilight Zone-esque situations that he cannot explain, let alone report to his superiors.
Right now, I can look at this premise and think to myself, “Yep, this is totally my kind of bullshit.” But when I first picked it up as a young teen, it was because I was drawn to its beautiful cover, where the androgynous D is holding a mermaid, whose back is turned to the viewer. D’s eyes are piercing and almost sad, his fingers long and delicate. I was in love with this man who moved in multiple worlds: the masculine and the feminine, reality and fantasy, beauty and horror. 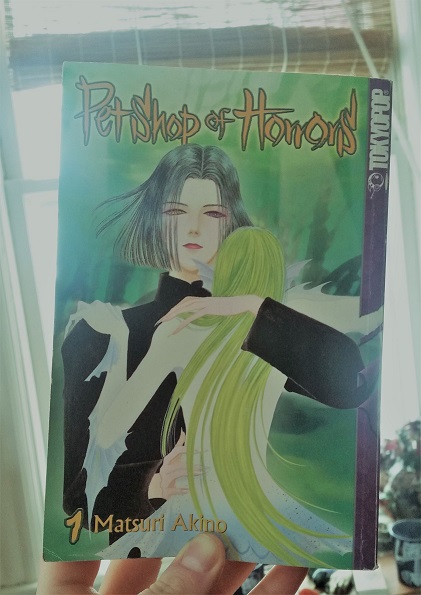 And when I bought and read this first volume, I was shocked. It wasn’t outright scary, necessarily, but it certainly was gory. In the first chapter already was there a horrific scene of evisceration, in and amongst all the trappings of a classic 90s shojo style, preoccupied with luxury and beauty. It was jarring, and it was effective. I discovered then that I didn’t dislike horror like I had previously thought, I just wanted it to be beautiful.
To this day, I find myself critical of scary or violent media that doesn’t also have a keen sense of aesthetics. I don’t necessarily enjoy being frightened; I am a naturally anxious person with vivid and violent dreams who does not react well to heightened suspense in media. I do like dark themes, though, and in recent years I have made it a point to expose myself to films especially that I know I would like if I could just get over my own hang-ups. And by being discerning, I’ve been rewarded with some of the most gorgeous horror and gore I’ve ever seen.
I think beauty and romance are natural companions to horror. All these themes pivot on an axis of drama, of amplified emotions. They all invoke visceral reactions, not logical ones. All my life I’ve surrounded myself with artwork depicting scenes and themes of witchcraft, hauntings, murders, martyrs, and mortality. It seems natural to me that scary things can pull at the same emotions I feel when I recognize something as beautiful.
And all this because way back in 2003, Tokyopop decided to take a chance on something that wasn’t very common in the comics world at the time: horror for girls. There’s plenty of it to be found in the manga world, and now there is more acknowledgement of girls and women reading outside of the romance genre. But it was new for me then, and even now Pet Shop of Horrors remains one of my favorite series, because it presented to me something I hadn’t known I was seeking out. It understood my tastes uniquely; it was able to marry my desire with my rage and prove them to be not disparate but intertwined and equally valid.
In truth, it is a somewhat silly series. It is certainly more fun than profound, but that in and of itself is not a criticism. It is pure, indulgent entertainment, and for me it is certainly laced with a nostalgic love that I will never be able to shake. How many times have I reread and referenced that first volume, gazing awestruck at the lovingly rendered intestines spilling out of a beautiful man’s body? How many times have I giggled at the flirtatious relationship between D and Orcot? How many times have I wished that modern depictions of mermaids were even half as scary as the one Akino has created? 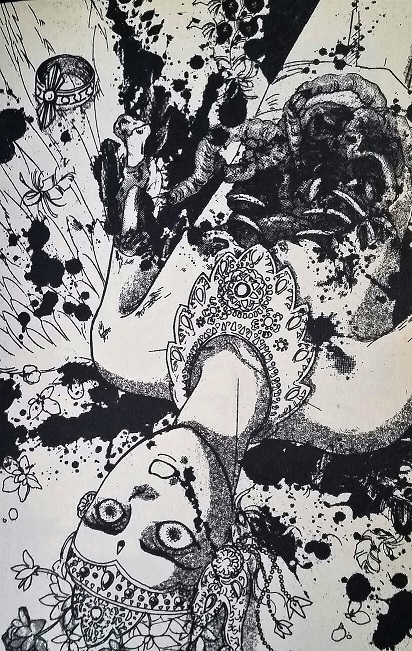 The series is unfortunately long out of print, and later volumes are hard to find. I imagine that it wasn’t a huge seller for Tokyopop, though I am forever grateful that they took a chance on it to begin with. The anime is available to stream on HiDive, brief as it is, if you’d like to get a glimpse into Count D’s enigmatic Chinatown pet shop.

2 thoughts on “The Beautiful & the Damned; Where Violence Meets Aesthetics in Pet Shop of Horrors”