It wasn’t that long ago that I wrote up my favorite comics from November, but here we are already — the last day of 2019. It’s been quite the year for me, both in terms of my involvement with comics and in my personal life. A new year and a new decade is an exciting prospect! This will probably be my last monthly favorites post for a while, since next month I’ll be getting my bearings as a mother. As promised, I’ve been trying to slowly collect comics on pregnancy and motherhood, so I hope to write about that once I have some of my own experience with this new part of my identity! And I’m thinking of trying to combine some of my parenting experience with comic recommendations, but that might have to wait until my little one is out of infancy — we shall see!
But anyway, I’m jumping the gun a bit here. For this month, I’ve got a couple goodies that deserve some recognition! 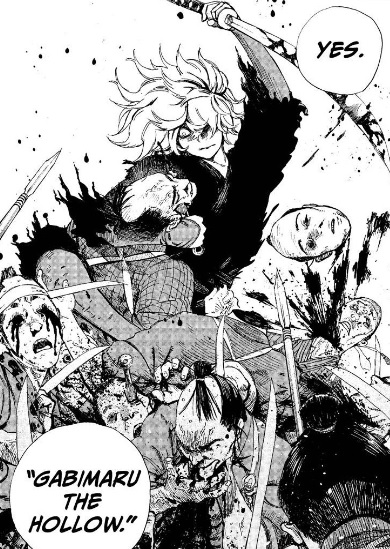 Hell’s Paradise: Jigokuraku, Volume 1, by Yuji Kaku — published by VIZ Media
So far, I’ve only read the first volume of this series, despite the fact that it can be read chapter-by-chapter on the Shonen Jump website. A print copy is coming out in March, so I snagged an advance review copy — and I’m glad I noticed it, because otherwise I may not have thought to read this series! Ninja assassin Gabimaru has been sentenced to death for his crimes, but the stoic executioner Sagiri has been able to discern that he wants nothing more than to be reunited with his wife. She makes a deal with him: Gabimaru can go free if he finds the elusive Elixir of Life on behalf of the shogun. The Elixir is rumored to be on a mysterious island that keeps sending back every explorer as hardly human, blissful and with flowers growing out of their bodies. I enjoyed this first volume because it combines my interest in aesthetic violence/gore, my appreciation of a supposedly unfeeling character with an emotional weakness, and a complex female character who has to overcome her own insecurities as the story progresses. There are some seriously creepy monster designs even just in this initial book, so I’m looking forward to what this strange hell island has to offer going forward! 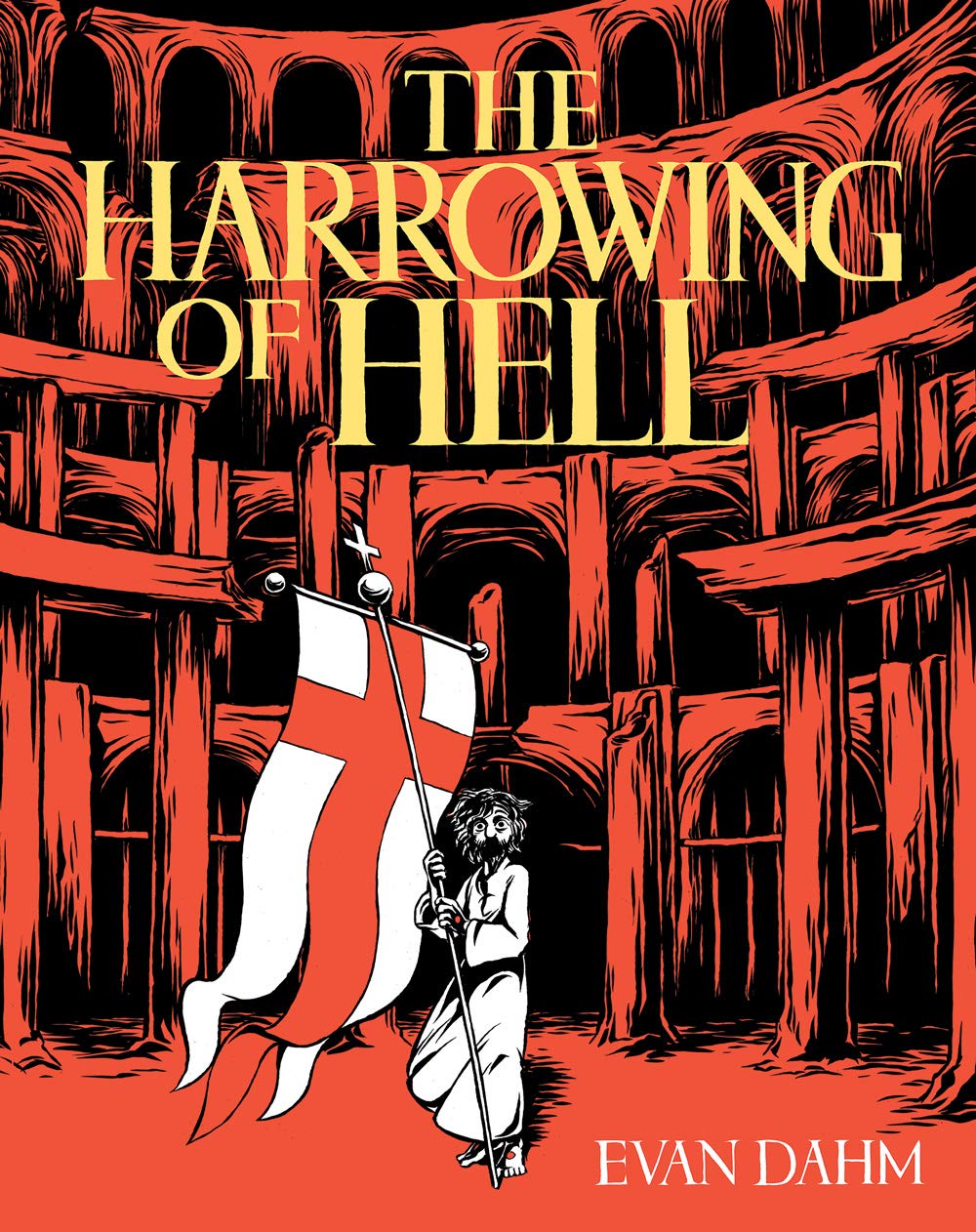 The Harrowing of Hell, by Evan Dahm — published by Iron Circus Comics, out March 10, 2020
It’s been a…hellish month, I guess! I don’t talk much about religion in general, but I was raised Catholic and even though I am not practicing, there are a lot of aspects of my religious upbringing that are still important to me. Chief among them is Jesus as a man, trying despite all the setbacks to preach radical peace. I follow creator Evan Dahm on Twitter, and I’ve been looking forward to his interpretation of Jesus’s descent into Hell for a long time now. The final product — or at least the advance copy I was able to get — is a gorgeous, black-white-and-red, ink-heavy, heart-heavy journey that was a pleasure to read. It spoke to me very directly as a lapsed Catholic, and as someone who appreciates seeing the humanity in Jesus more than the divinity. I think I’d like to read it again once it officially comes out to see what I’ve missed, because I suspect that the physical book will offer a more satisfying, tactile read than the digital galley. This is the second of Dahm’s works I’ve read, and I continue to be impressed by his ability to say so much with imagery. Also, I just really liked the little ribbon-like tails on the word bubbles in this volume. It was a sweet little detail that felt very special and carefully considered.
I suppose it seems odd to end the year/decade reading books about Hell or Hell-like places! It wasn’t really intentional, but these types of stories tend to be among my favorites. I’m hoping to read a lot of Jigokuraku while on my self-imposed maternity leave; in fact, I’m hoping to get a lot of reading done, in general, since I’ll have a lot of time where I’m sitting still holding/nursing a baby. Best laid plans of mice and Mo, of course — I feel as though I say I hope to read more every month.
There may be one more blog post in me after the New Year and before the baby arrives. But just in case there’s not, I hope everyone has a wonderful start to 2020, and that the year ahead brings lots and lots of manga to everyone!