Hey all, I hope you’re all doing well. This has been a wild month for all of us, I’m sure. For my part, not a whole lot of day-to-day has changed. I already work from home, so I’ve been meeting deadlines as usual (though I’m taking on fewer things right now as I still adjust to being a work from home mom). My husband is still on paternity leave until April 13, but it’s looking like he’s going to be working from home after that point, as well. We were already largely staying at home since Sev can’t get her flu shot until she’s 6 months old, but now the flu has been completely overshadowed by COVID-19. And of course, we can’t have any visitors now. My mother had been coming up from Connecticut weekly to spend the day with us, and we really miss her presence.
It almost feels silly to do a reading round-up, a little unimportant in the grand scheme of things. But I think a lot of people are trying to find ways to spend their time at home, so hopefully some reading recommendations won’t be amiss. And besides, sometimes it’s helpful for our mental health to try to keep some sense of normalcy in the face of adversity. 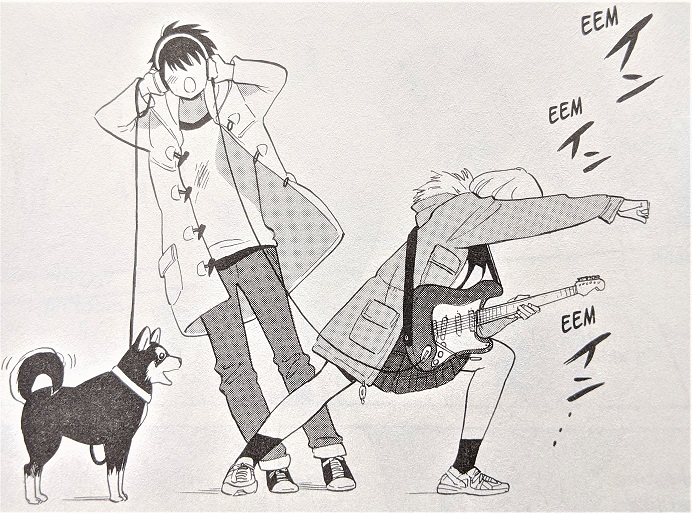 The Golden Sheep, Volume 1, by Kaori Ozaki — published by Vertical Comics
This is one I missed when it initially came out and ended up borrowing from the library before we all had to avoid public spaces. I had read and loved Kaori Ozaki’s The Gods Lie, so I was eager to read something else of her’s. In The Golden Sheep, protagonist Tsugu Miikura is moving back to her hometown after having moved away in elementary school. She is eager to reunite with her three childhood friends, expecting that nothing would have changed between them in the intervening years. Unfortunately, she finds that tensions in the group are high, and her dream of coming home to something familiar winds up backfiring. Ozaki’s got an incredible ability to pepper her high drama stories with humor and gentleness. The simplicity of her character designs does not hinder their expressiveness; indeed, her characters are full of emotion. I may have to wait until I can go back to the library to read the second volume, but I’m looking forward to it!

Kakushigoto: My Dad’s Secret Ambition, Volume 1, by Kouji Kumeta — published by Kodansha Comics, available digitally
I honestly wasn’t expecting to like this manga. I almost didn’t read it at all, in fact. At first glance, it can seem like one of those series where a father has a questionable relationship with his daughter. In this case, father Kakushi Goto is a mangaka who specializes in “dirty” manga. He is desperately trying to keep his career a secret from his little daughter, Hime. He wants to protect her from the embarrassment of having a father in a sleazy line of work, not realizing that everyone around him respects him and loves his work. In pursuit of keeping his secret, Kakushi gets into a lot of weird and humorous situations. But I was most struck by the fact that this really does seem to be a sweet story about a father who wants what’s best for his daughter, and a daughter who loves and supports her father no matter what. I personally also like the inside baseball stuff about the manga industry. My favorite part was the frankly absurd cameo by Kazuhiro Fujita, creator of Ushio & Tora and The Ghost and the Lady. Really fun, and available digitally — so good quarantine reading! 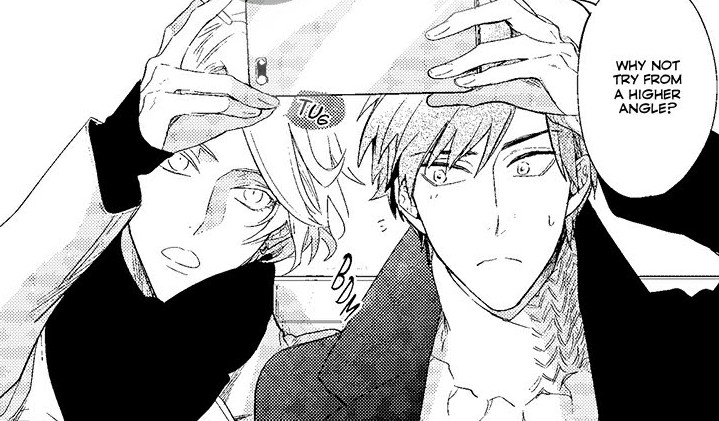 Therapy Game, Volume 1, by Meguru Hinohara — published by VIZ Media’s SuBLime imprint, available June 9, 2020
This is another manga I liked more than I anticipated! This is the sequel series to Meguru Hinohara’s oneshot Secret XXX (coming out April 14), which I also had a review copy of and thought was reasonably cute. But Therapy Game has character types I like better: the aloof, beautiful, and very gay guy who is actually very sensitive, and the gentle, heartbroken guy who is trying to sort out his feelings. The story focuses on the brothers of the main characters from Secret XXX, Shizuma and Minato. Shizuma had been drinking his sorrows away in a gay bar after getting dumped by his girlfriend, and Minato happened to listen to him and then take him to a hotel room to sleep off the booze. Shizuma, allegedly straight and definitely wasted, ends up giving Minato an extremely memorable evening — which Shizuma completely forgets by morning. Minato decides that he’s going to get revenge by seducing Shizuma and then dumping him, but of course…real feelings crop up unexpectedly! It’s definitely a dramatic, sappy manga, and it leaves off on a bit of a cliffhanger in terms of the guys’ relationship. But I often feel like I have to wade through a lot of middling to bad BL, and this one stood out in character and artwork for me. You don’t have to have read Secret XXX to understand what’s going on, but a couple references might be lost on you. (I didn’t realize it was a sequel going in, only realizing it after seeing characters from the other manga.) Needless to say, this is absolutely a mature manga for readers 18 years old and over. There’s not a lot of explicit sex, but it’s definitely there, so reader beware!
And that’s March! I hope that by the end of April, we’ll all have some better news about COVID-19. In the meantime, I have to spend my birthday and Easter both at home away from family and friends, and that’s hard — but it’s necessary, and I know we’re all giving up a lot to make sure that we flatten the curve! Please be safe and responsible, and if you can, take advantage of any free time to catch up on reading, or take up a hobby, or just simply rest. And wash your hands! ;3

One thought on “March Favorites”